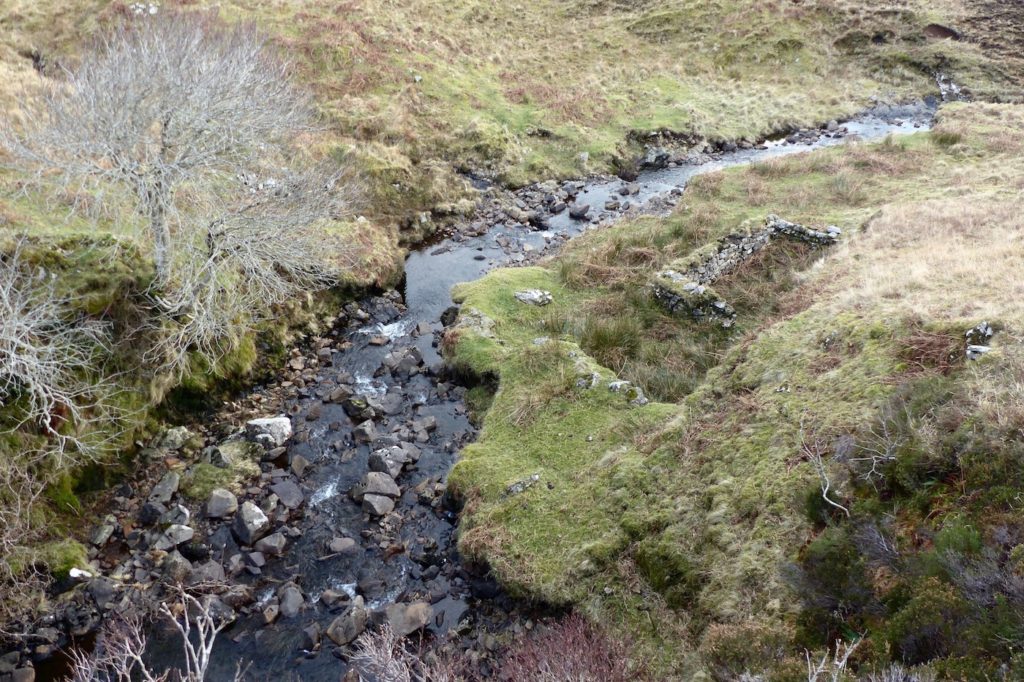 In the late eighteenth and early nineteenth centuries, small-scale whisky distilling was an important industry in the Highlands, mainly as it brought in much-needed cash with which to pay farm rentals. However, the practice became illegal following the Excise Act of 1788, and the sills, and their owners, were hunted by the excise men. However, many landowners and other local dignitaries saw little harm in it, and some may even have taken part in the trade.

On Ardnamurchan we have identified three sites which are probably distilleries. They have in common that they are well away from roads and settlements, are hidden from view, and have good supplies of the water needed to cool the copper coil.