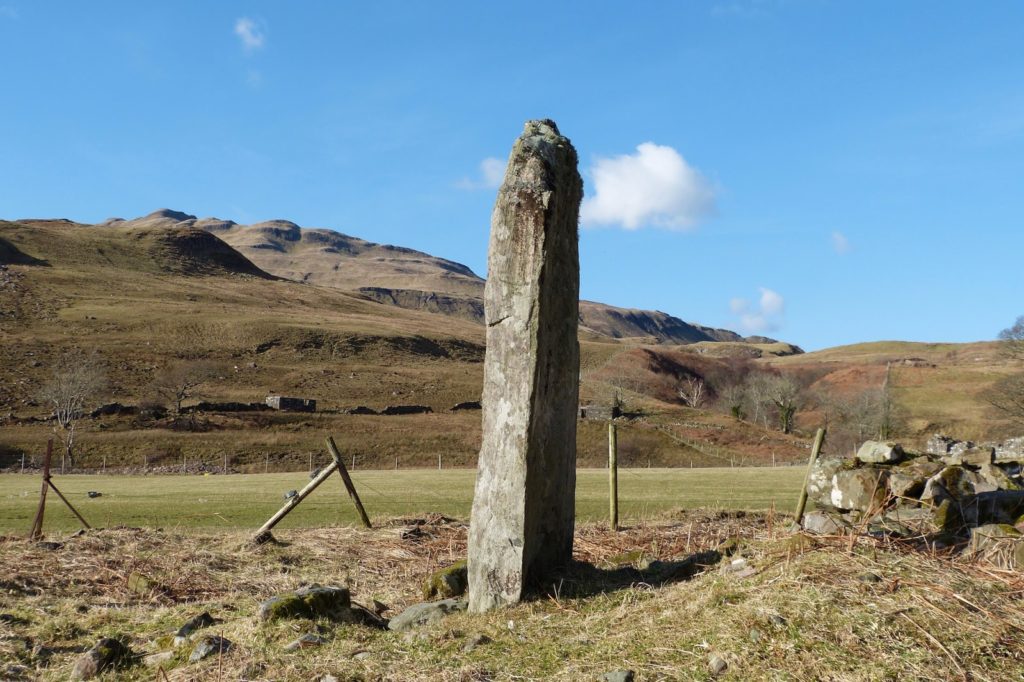 The surveys which resulted in the designation of certain sites as scheduled monuments seem mostly to have taken place in the 1970s. For the archaeologists visiting an area like Ardnamurchan, finding all the monuments which were worth considering must have been an almost impossible task, so they probably relied on local knowledge to point them in the direction of the more interesting monuments.

Scheduling somewhere like Cladh Chiarain at Camas nan Geall were an obvious and sound decision, but some of the other sites they chose seem much more questionable. 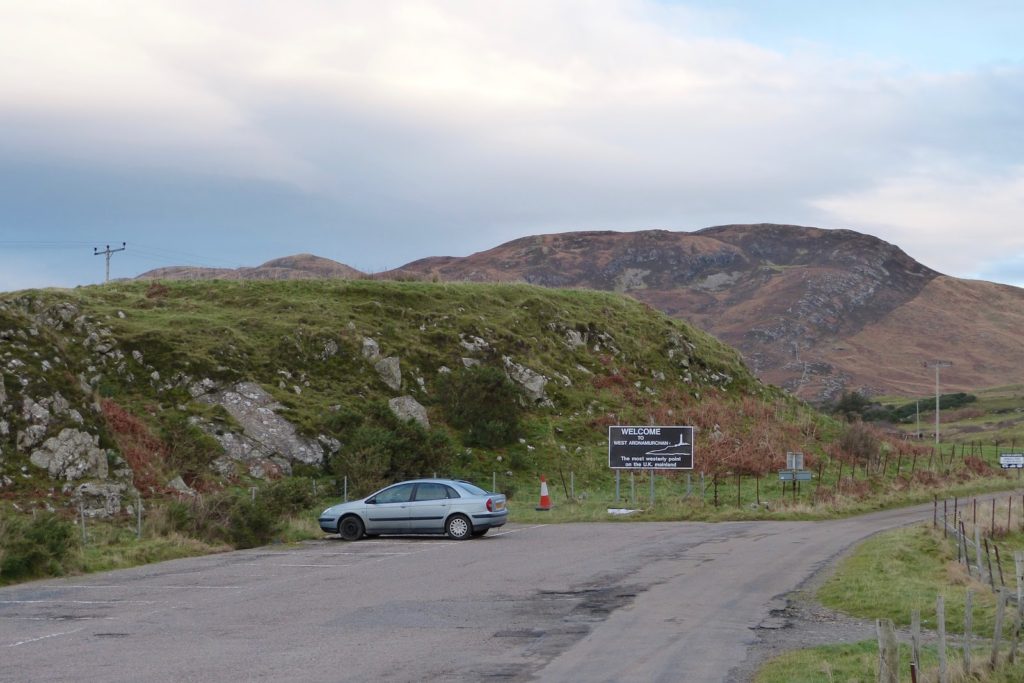 Site 7 in this review of western Ardnamurchan’s scheduled monuments is an example. It lies on the other side of the fence that runs round the main car park near Mingary Pier, where there’s a low, flat-topped knoll described by the Royal Commission on the Ancient and Historic Monuments of Scotland as being a ‘fort’.

There’s very little to be seen on top of this mound. The officers at RCAHMS say, “All that can now be seen is a thin scatter of rubble, indicating that the fort was originally oval on plan, measuring about 30m by 18m within a single wall at least 2.5m thick. The position of the entrance is uncertain, but it probably lay at the NNE end, where a shallow natural gully, now enlarged by quarrying, provides the easiest line of approach to the summit.” 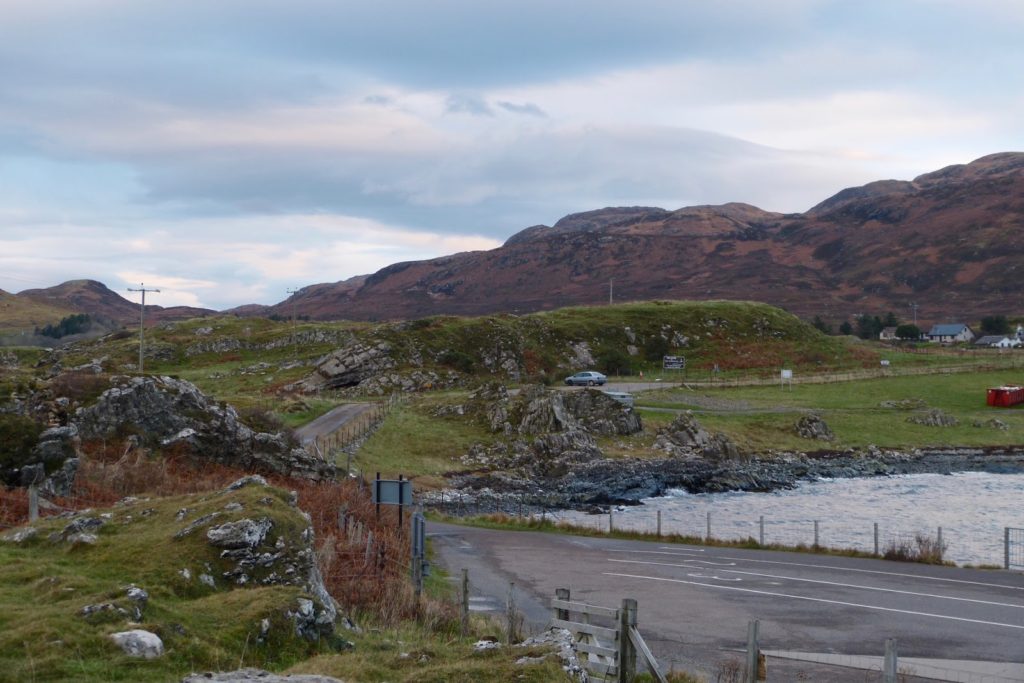 At first sight it seems a good defensive position, but from the pier the isolated knoll is seen to be part of a low ridge that runs roughly east-west. 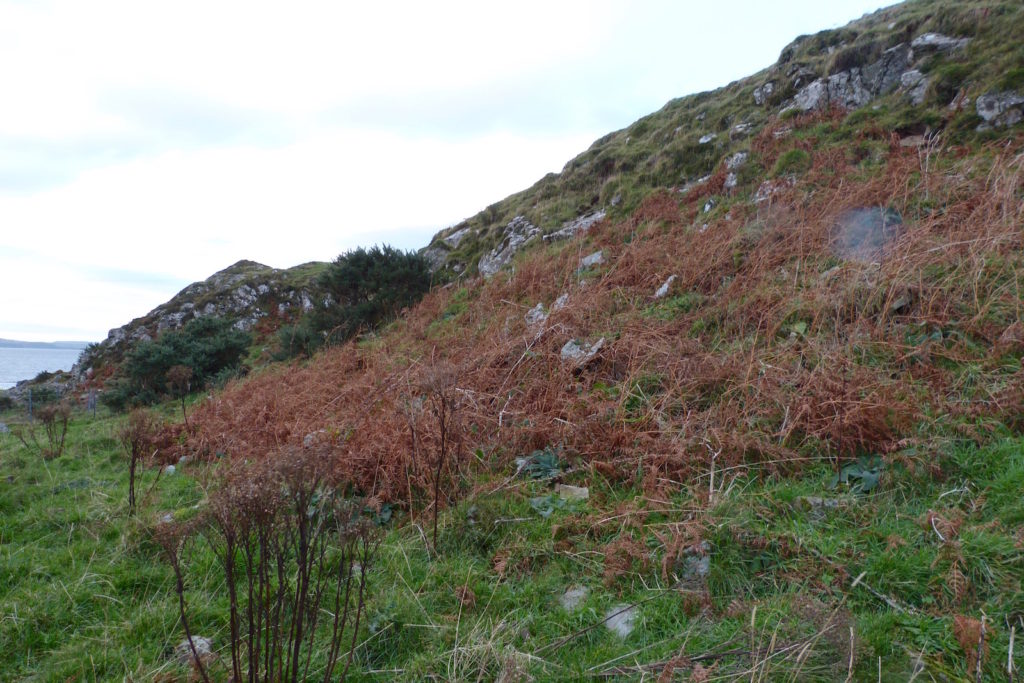 The base of the knoll is surrounded by more rubble which may or may not be the scattered remains of the wall. If this was a fort, then someone, including the Estate’s cattle, has made a thorough job of destroying it.

Applying the same high level of protection to this site as to Cladh Chiarain brings the system into disrepute. One wonders whether there is a process of review of these sites, and whether, if there is, this one should be removed in favour of other, much more interesting local sites.