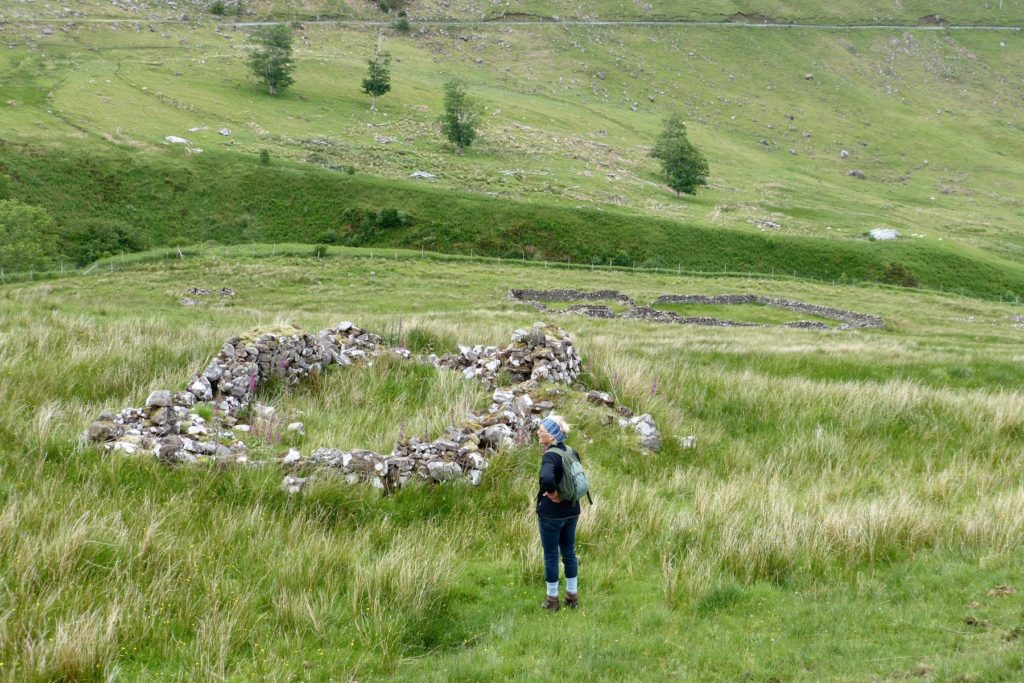 The histories of each of Ardnamurchan’s clearances are complex, and are certainly not single events. For example, it is evident that Camas nan Geall settlement had already lost most of its inhabitants well before the year quoted for its clearance, 1828.

The existence of several post-clearance buildings associated with some settlements suggest that some previous residents of the settlements were permitted to remain in the vacinity of the settlements after they had been cleared. They may have remained primarily in order to work on the new sheep farms. They may have been people to whom the landlord extended special consideration because of their position in the communities – for example, they may have been tacksmen. That, in most cases, the new buildings were some distance from the original settlement suggests that the landlord wanted to be seen to make a clean break from the old settlement.

The dwelling in the above picture is an example. It, along with three others, stands on the slopes of Torr na Moine to the west of the original Torr na Moine settlement, which was sited around the sheep pens visible in the picture. None of the buildings is marked on the First Series OS map, dated 1856, but all are marked as unroofed on the 1872 6″ OS map. 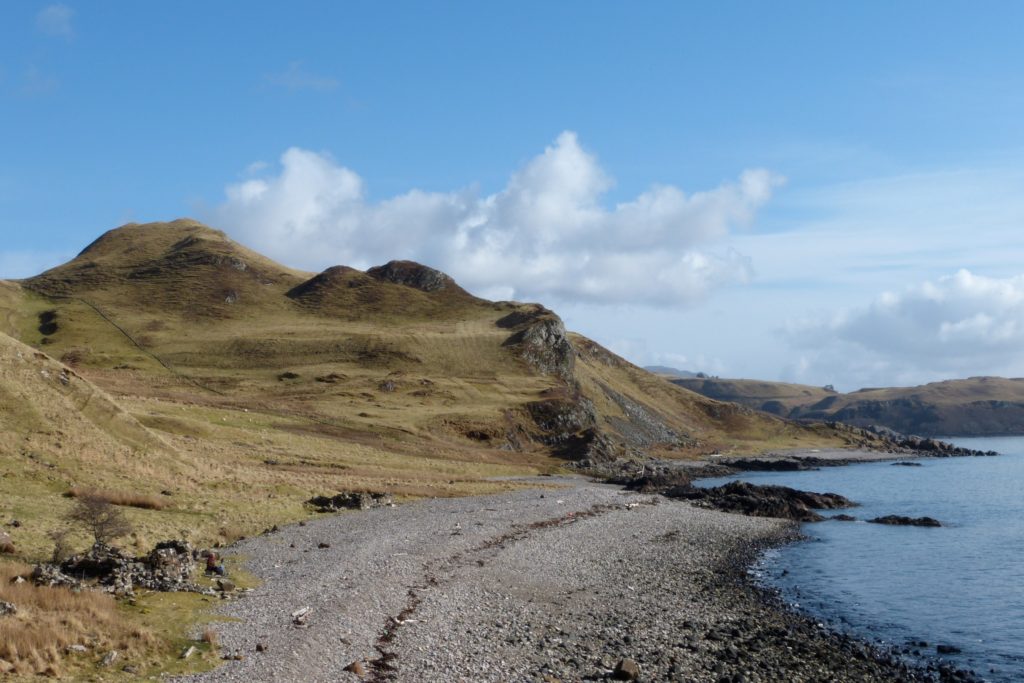 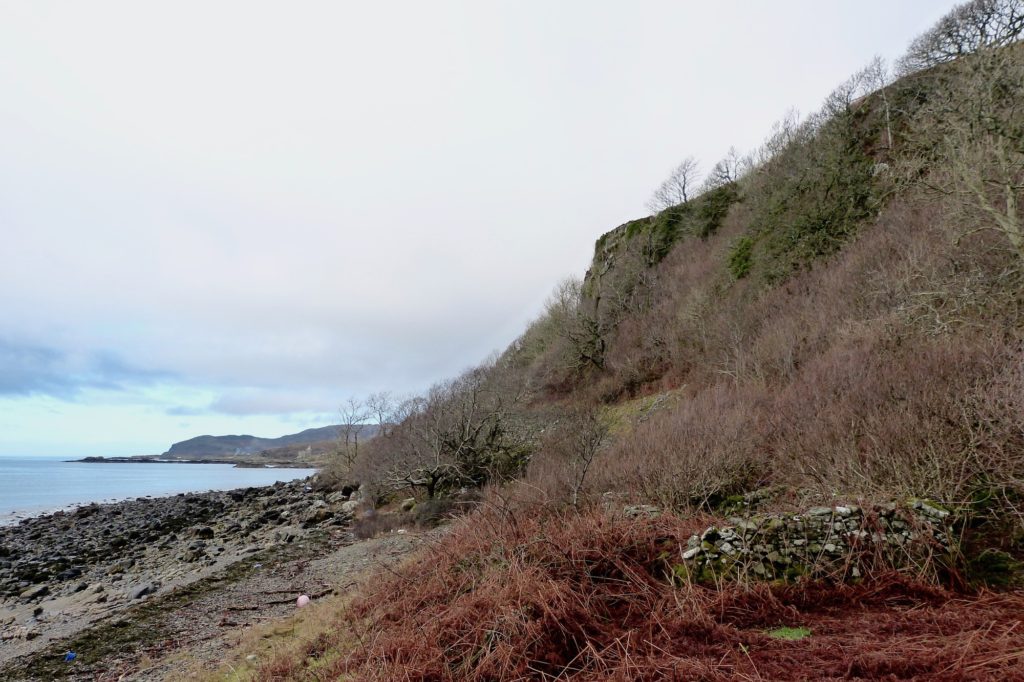 The story of the dwelling on the shore to the east of Choiremhuilinn (above) is better understood. It is marked as roofed on the first OS map of the area, dated 1856, and it is still roofed on both the 1872 25” map and 1897 6″ map. It is not shown on the 1806 1″ map. Buried in brambles, it is visible today along the beach.