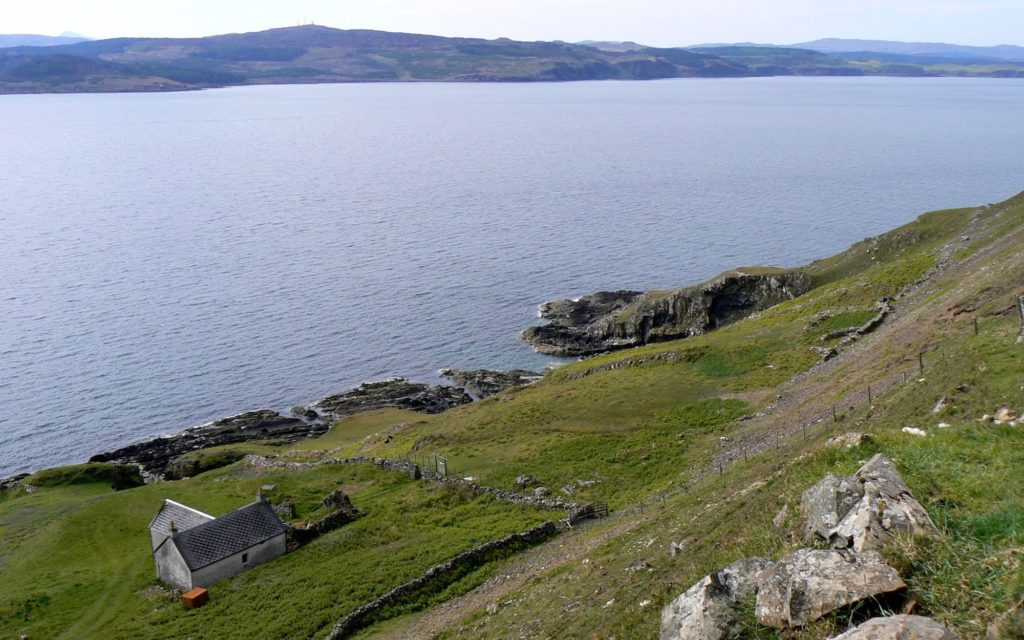 At the western end of Ormsaigbeg, beyond the last of the crofts – croft 46, left foreground – and outside the present fence which separates the croft land from the common grazings, there are the remains of two or more stone-built structures at the base of a steep scree slope, visible towards top right of this picture. 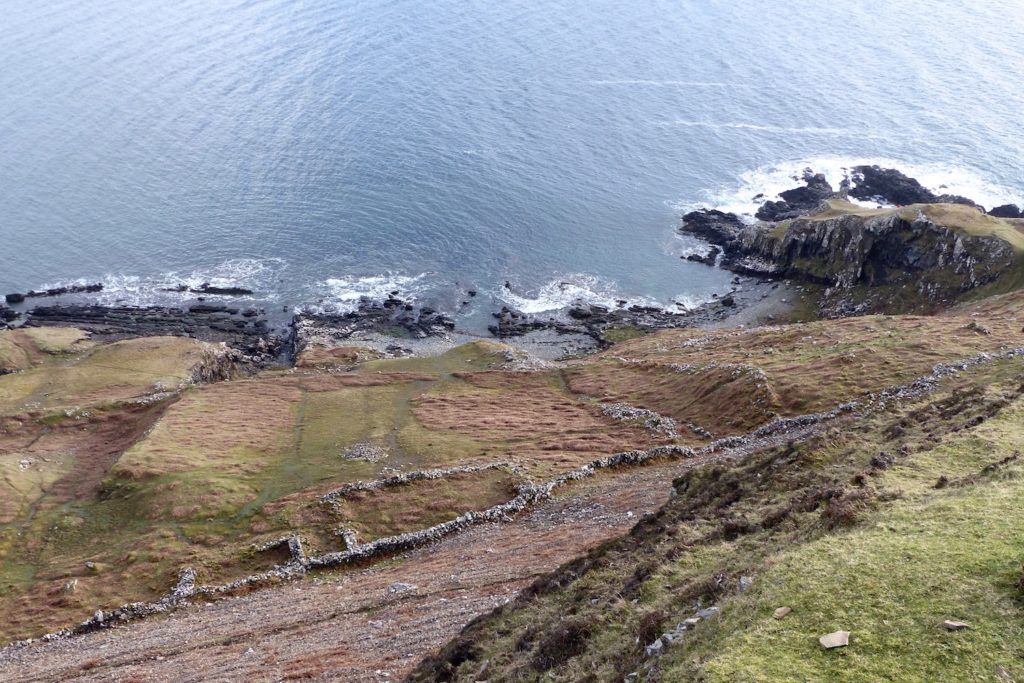 Seen from above, the smaller rectangle to the left was evidently once a house, while the larger rectangle may have been an animal enclosure or a kale yard – used for growing vegetables. 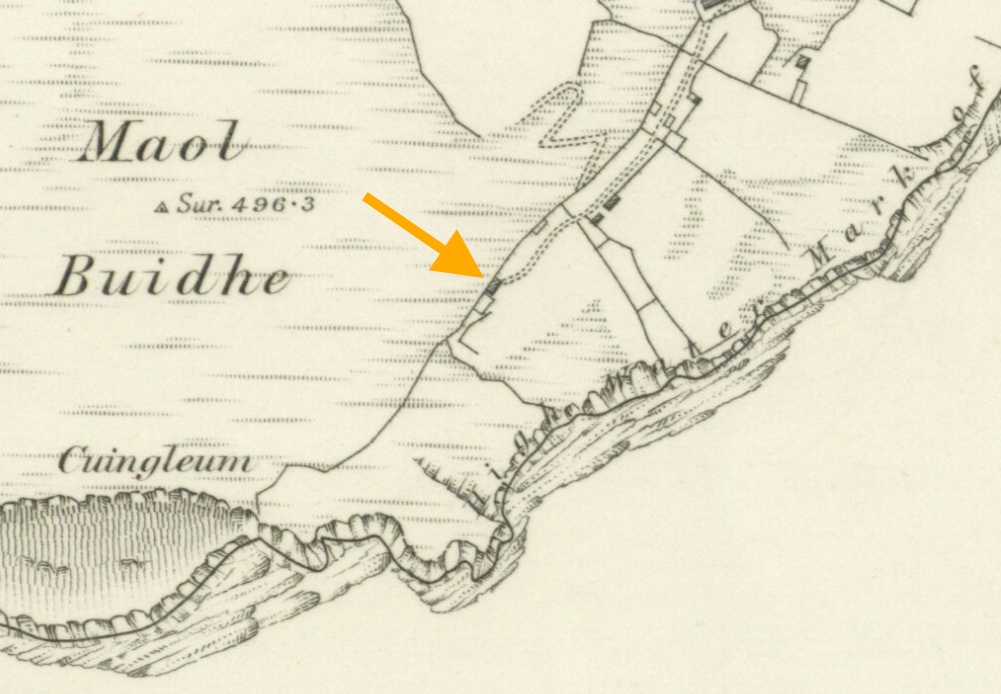 The excellent selection of maps at the National Library of Scotland, available on line here, makes it possible to age structures like this. It’s missing from the first OS map of the area, surveyed in 1856, but it is marked as a roofed structure on the 1872 Ordnance Survey map, above. 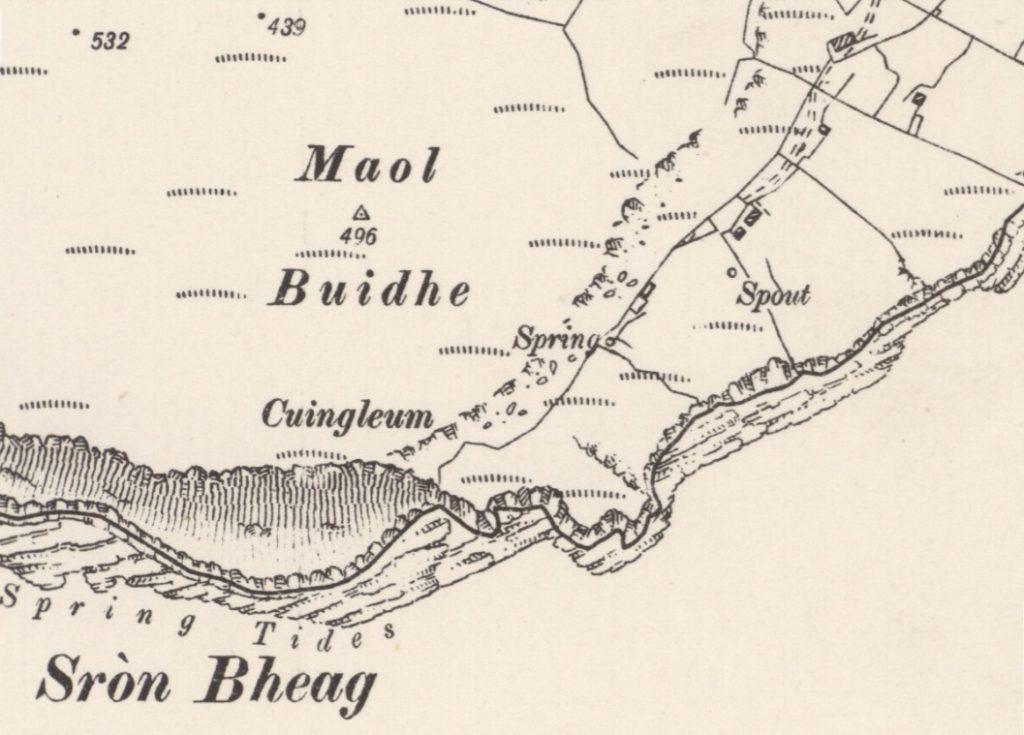 However, by the time the next map was surveyed in 1897 it had lost its roof and was therefore abandoned.

The land made available to the original residents of croft 46 by the landlord, Ardnamurchan Estate, was both small in extent and of very poor quality, and the land surrounding this building is even worse. Despite this, there are signs of lazy beds between the house and the cliff, and the piles of stones – ‘field cairns’ – indicate that the land was cleared and worked for crops. 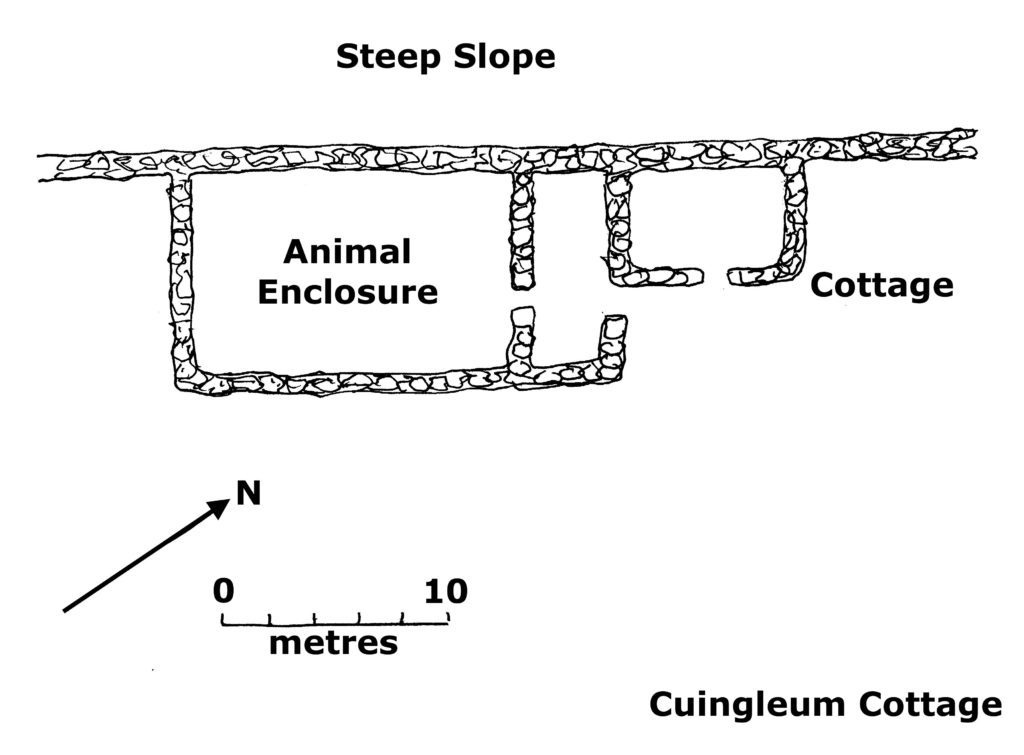 A sketch map of the site shows that, between the cottage and the enclosure, there’s an area which might have been roofed – a possible byre. The entrance to the dwelling is shown in the centre of the southeast side, but there is no proof of this on the ground. 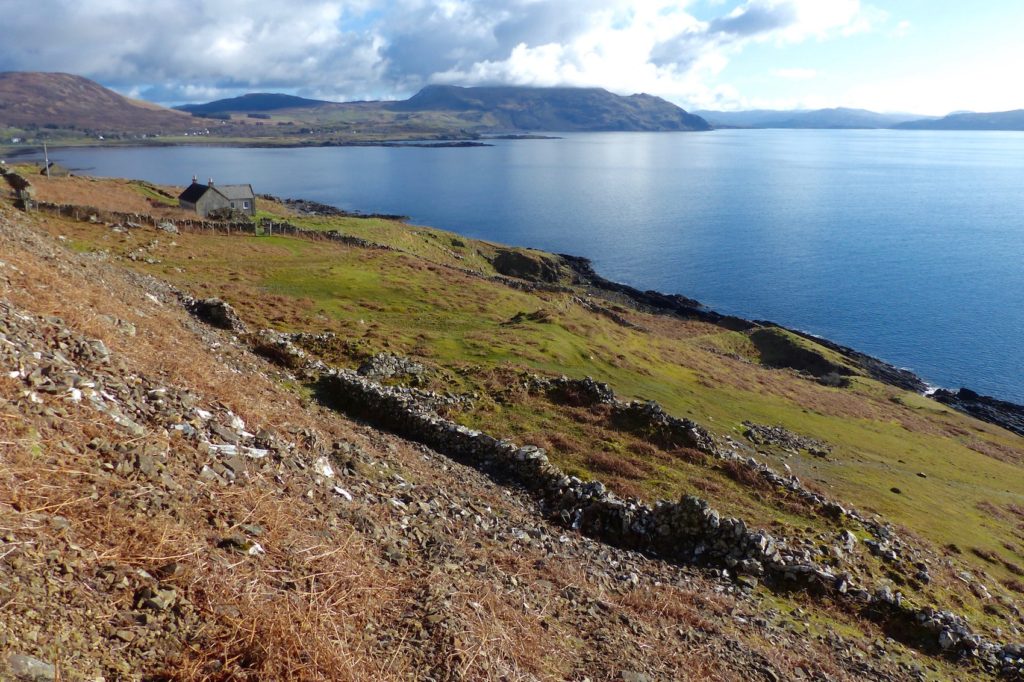 Someone who has lived in Ormsaigbeg all his life says that this was once the home of a shepherd who was employed by the crofters of Ormsaigbeg to care for the sheep which they kept on the common grazings in the hills above the township.  They paid him for his services, but he also had a small piece of land which he farmed and upon which he built his small house.  He was, therefore, a cottar, a landless man who had no rights to the land on which he lived and worked, and his house is properly called a cottage.

Since this story came from our informant’s mother, and she never knew the shepherd, it confirms that the house was last occupied some time before 1900.   While our informant couldn’t be sure, he thought that the shepherd’s name was MacKenzie.