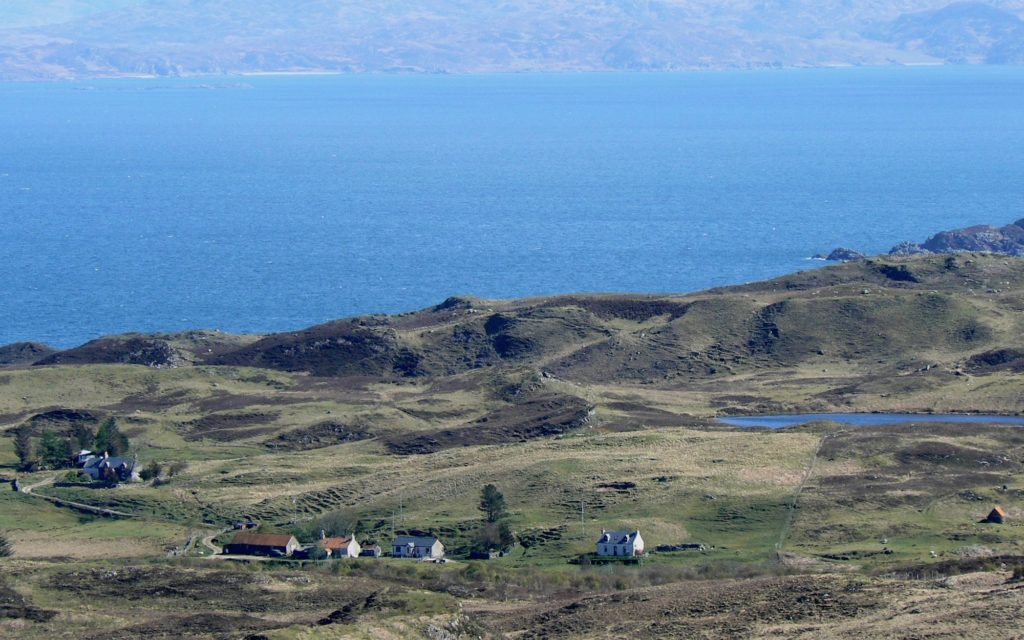 The derivation of Ockle’s name is a matter of some dispute. Donald MacDiarmid in his ‘Ardnamurchan’s Place Names’ suggests it was derived from the Pictish, uchel, meaning high, a reference to the hills surrounding it, while Dr Gillies, quoted in the same booklet, suggests a Norse origin, from ok, a yoke, and dalr, a field. JE Kirby in his ‘Lost Place-Names’ [1] suggest that local tradition connects the name to the Gaelic ochd, eight, a reference to the number of streams running down to the sea in this area.

The first written mention of ‘Ochill’ or ‘Okill’ is from 1618, in the Register of the Privy Council XII, when its tenant was given as Allan McAllan VcPersone. It was valued as a 2½ merk land in 1667 and part of the 8 penny lands of Swardlehiel in 1723. In 1732 it was let with Swardlecheil to John McLachlan, Archibald McEacharn, Duncan McLachlan, Donald McKenzie, John Stewart and Donald Cameron. [1] 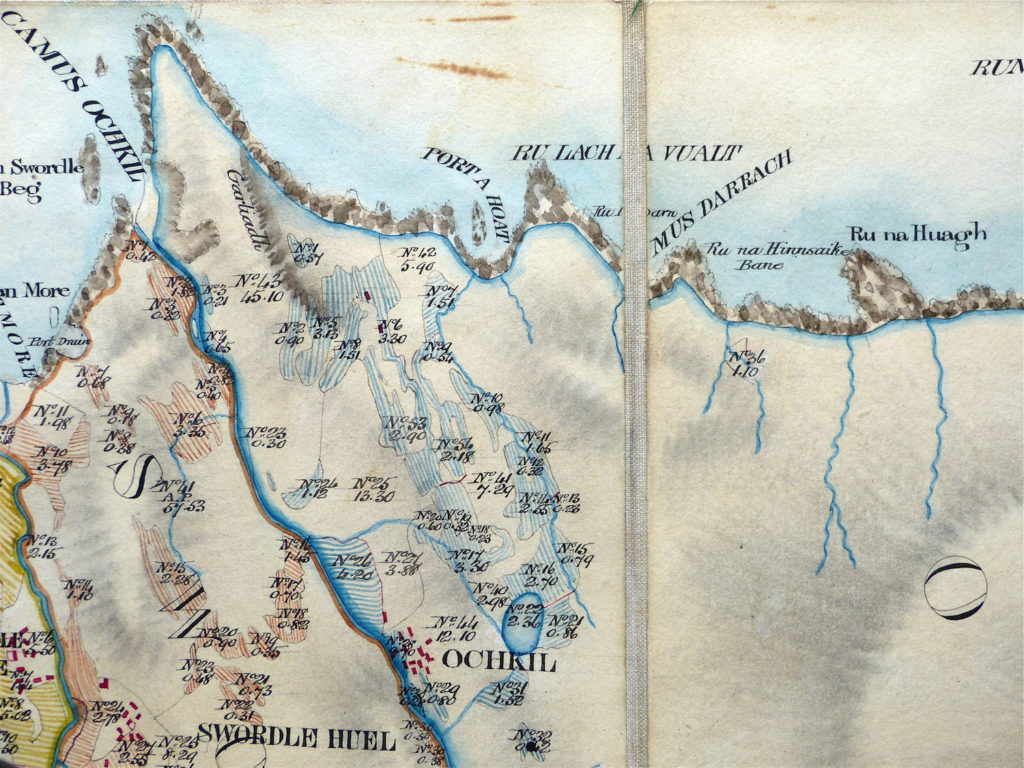 Bald’s map of Ockle [2] shows that, in 1806, it had thirteen buildings on the east side of the Allt Ockle, and that by this time it was separate from Swordle Huel. In Alexander Low’s report of 1807 ‘Okill’ is recorded as having 59 acres of arable and over 3,000 acres of ‘moor and pasture’, with Allan Cameron its tenant. He adds, “The hill part of this arm is high and bare, the lower part is pretty good grazing but the whole is wettish, and and it is almost inaccessible from the east.” 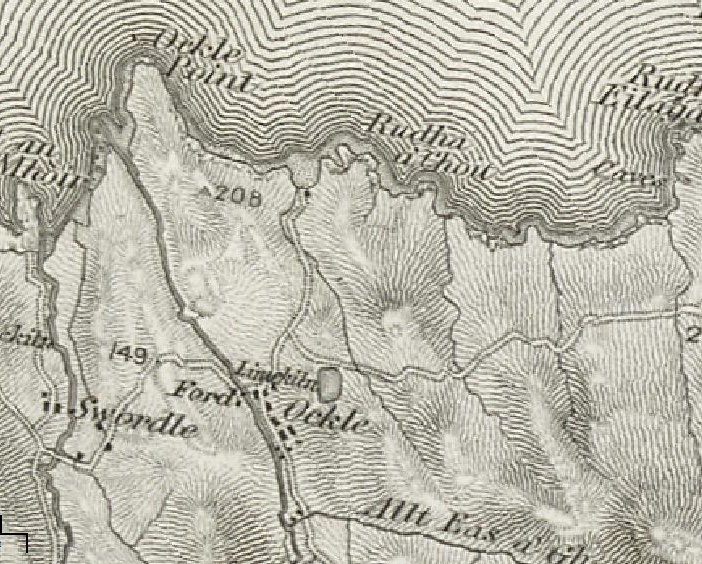 The first OS map, dated 1856 and on a one inch scale, shows Ockle with thirteen buildings, two on the west side of the burn, while a further two houses are marked to the south at the confluence of the Allt Ockle with the Allt Eas a’Ghaidheil. There is also a lime kiln which can still be found, and a building at the end of the track which runs north from the village, at the site where, today, there stand the remains of a fishing bothy. [3]

By this time Ockle had been reorganised into a crofting community. 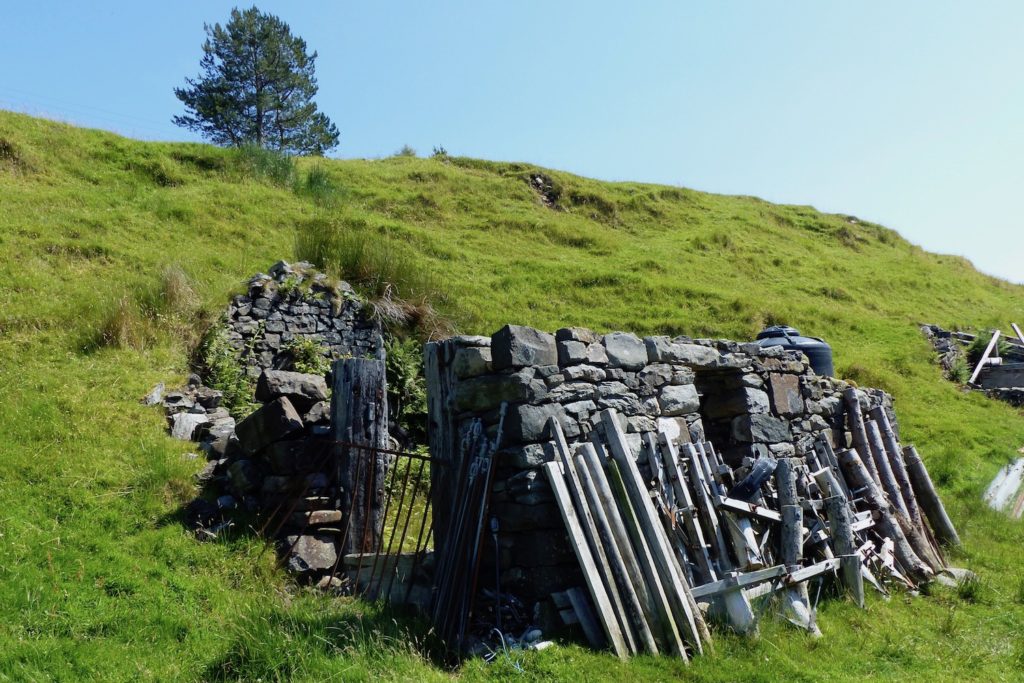 A number of trades were also followed at Ockle. This is the remains of the smithy. 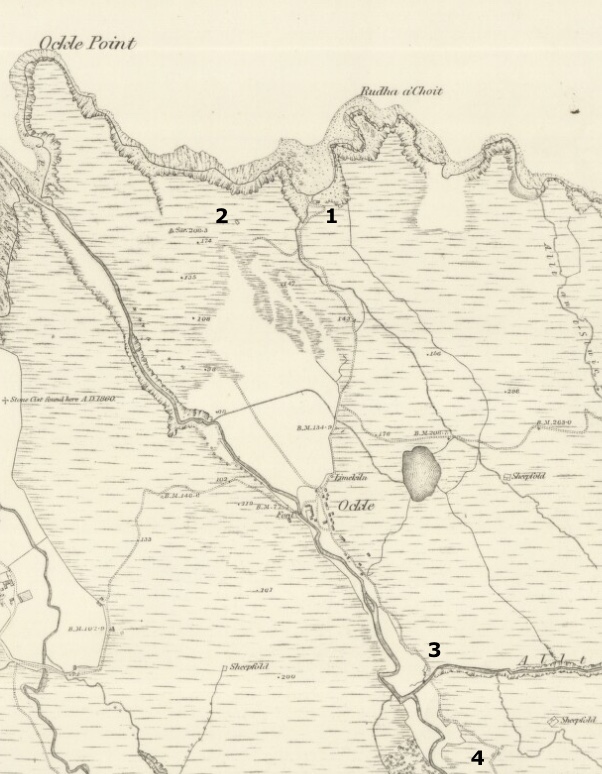 The 6″ OS map [4] surveyed in 1872 (left) shows an increase in the number of buildings in Ockle, with one still on the west bank of the burn.

‘1’ is the building in the bay which was used by salmon fishermen who worked out of Fascadale, which is marked here as roofed and, therefore, in use.

‘2’ is a dwelling house which is not marked on the 1856 map yet is marked here as unroofed, so had a very short period of use.

‘3’ indicates the buildings at the confluence of the two burns, one of which is now marked as unroofed.

‘4’ marks three structures which are all unroofed, which is surprising as two of these are marked on the 1897 revision as being roofed – so it is possible that they were under construction in 1872.

When large areas of the Ardnamurchan Estate were sold off in 1848 there were seven crofts at Ockle.

In the sale, the original land of the Ockle settlement and its common grazings was subdivided and the lots sold.

Today’s farm at Ockle works the area of the original settlement and land to the east along the coast as far as Rudha Ruadh and south to the Allt Eas a Ghaidheil.

Some two kilometres to the east of Ockle is the small settlement of Eilagadale which lies on Ockle’s common grazings and was once part of the township – details here. 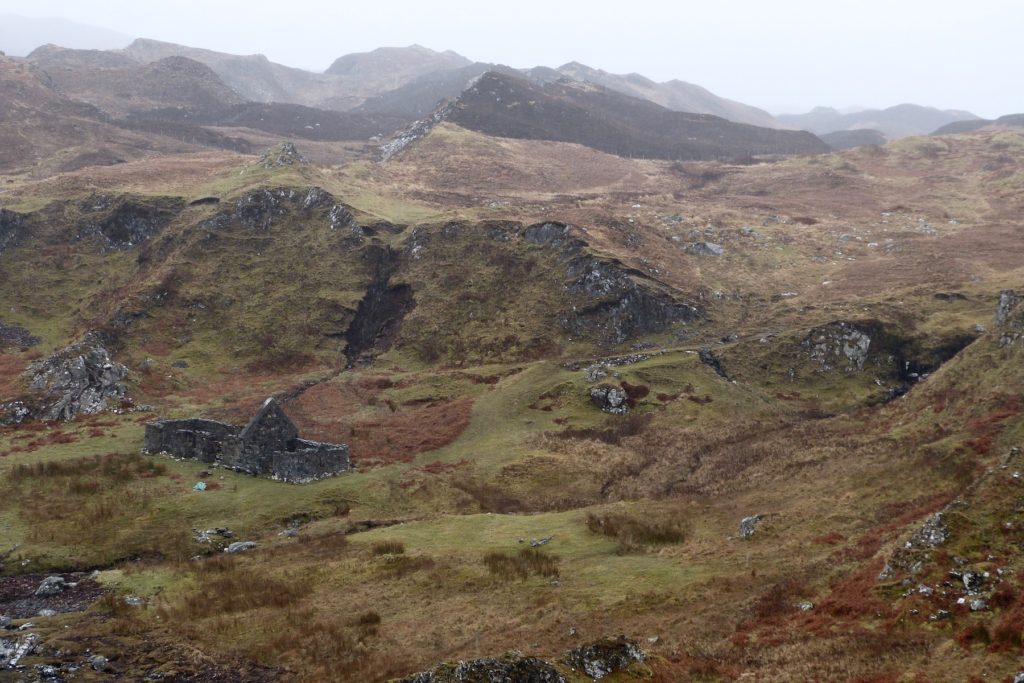 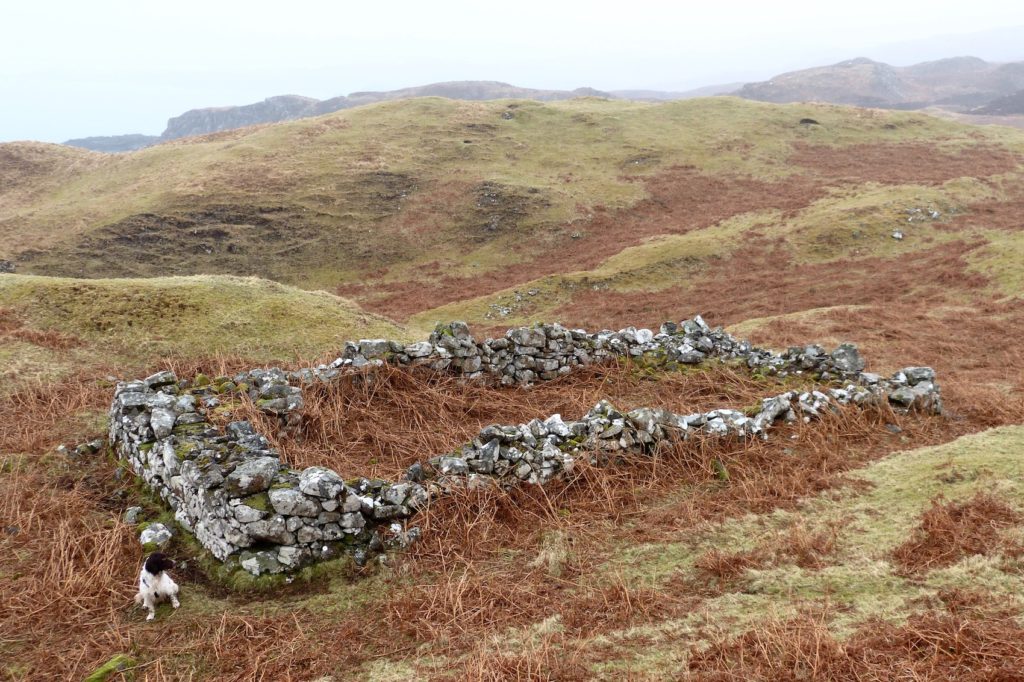 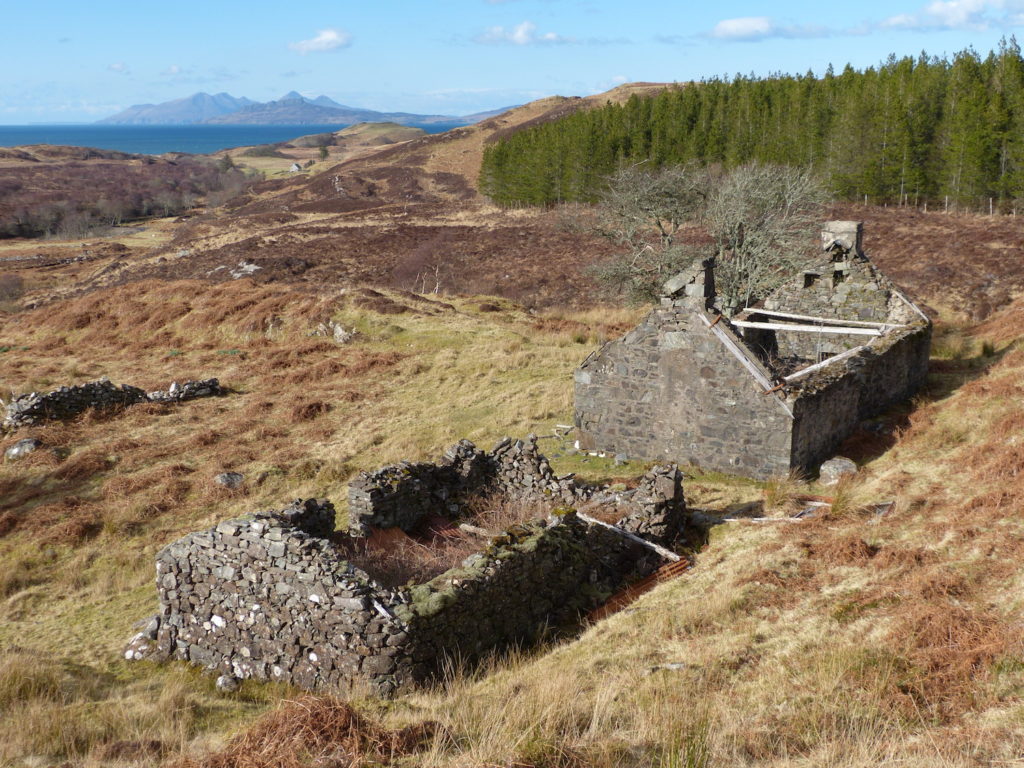