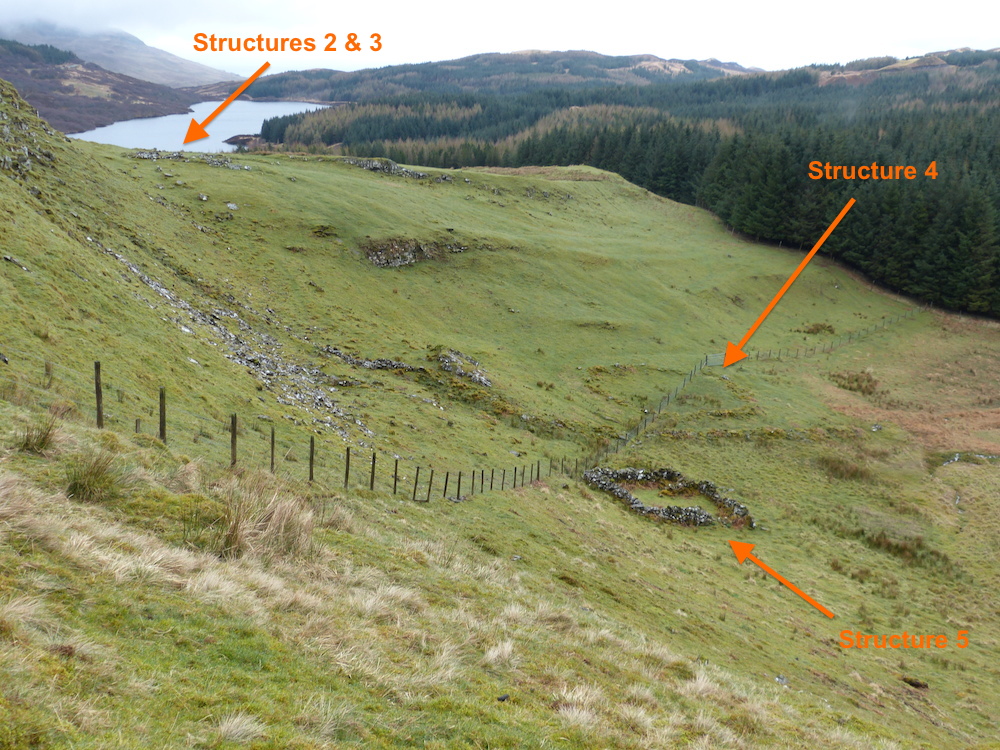 The idea that, in pre-clearance times, the population lived exclusively in settlements began to change as members of AHHA identified the remains of increasing numbers of small, self-contained settlements which were probably farmsteads, occupied by one or two families, sometimes sited well away from the settlement in whose common grazings they lay, sometimes quite close. So far, eight of these have been identified, of which the one to the immediate south of Lochan na Gruagaich (above), on Camas nan Geall land, is the best example.

Included in this section is Reidh-dhail, a larger settlement consisting of field systems and at least seven structures to the west of Ormsaigbeg. 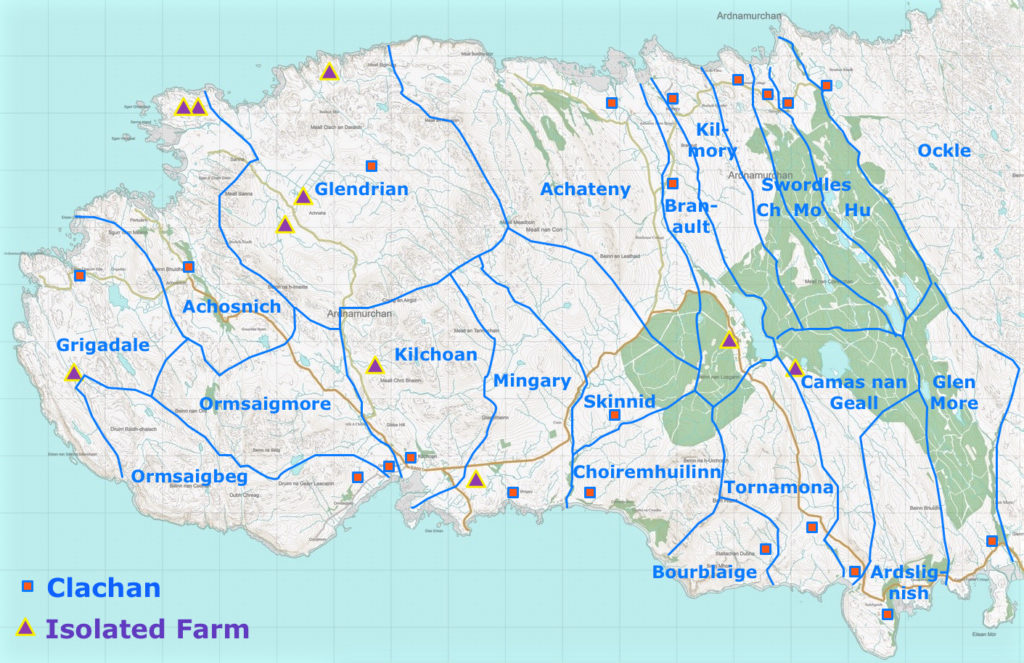 Farmstead on the Achnaha-Plocaig Track