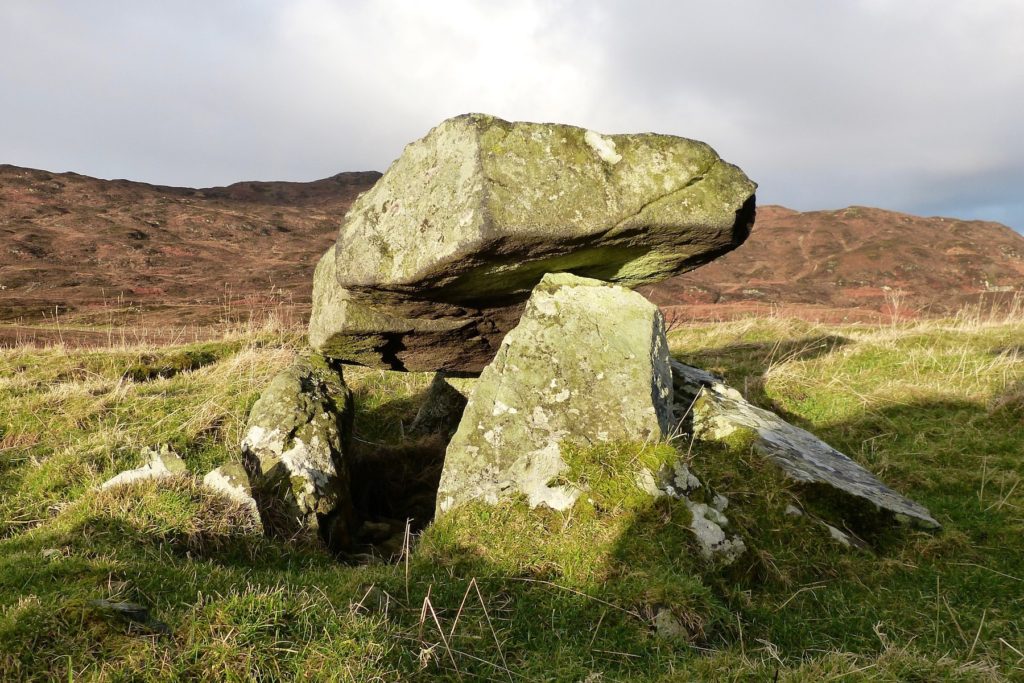 There are twenty-two scheduled monuments on Ardnamurchan, varying from Neolithic chambered cairns such as those at Camas nan Geall and Swordle, through Bronze Age standing stones – for example at Branault – to several duns or fortified points.

Historic Environment Scotland, the body responsible for the designation of buildings, monuments, gardens and designed landscapes and historic battlefields, writes, “Scheduling is the way that a monument or archaeological site of national importance is recognised by law through the Ancient Monuments and Archaeological Areas Act 1979. We schedule sites and monuments of national importance using the criteria published in the Historic Environment Scotland Policy Statement.”

A scheduled site is protected to the extent that nothing can be moved and no damage done. Even removing moss from stone is discouraged.

While the protection is rigorous, AHHA has obtained permission to work on two sites on Ardnamurchan. The south facade of St Comghan’s church was repaired, along with the graveyard’s wall, and fencing was renewed at Camas nan Geall around Cladh Chirain burial site. In the case of the wall, Historic Environment Scotland gave AHHA a grant to enable the work to be done, and in every case HES was encouraging and helpful.