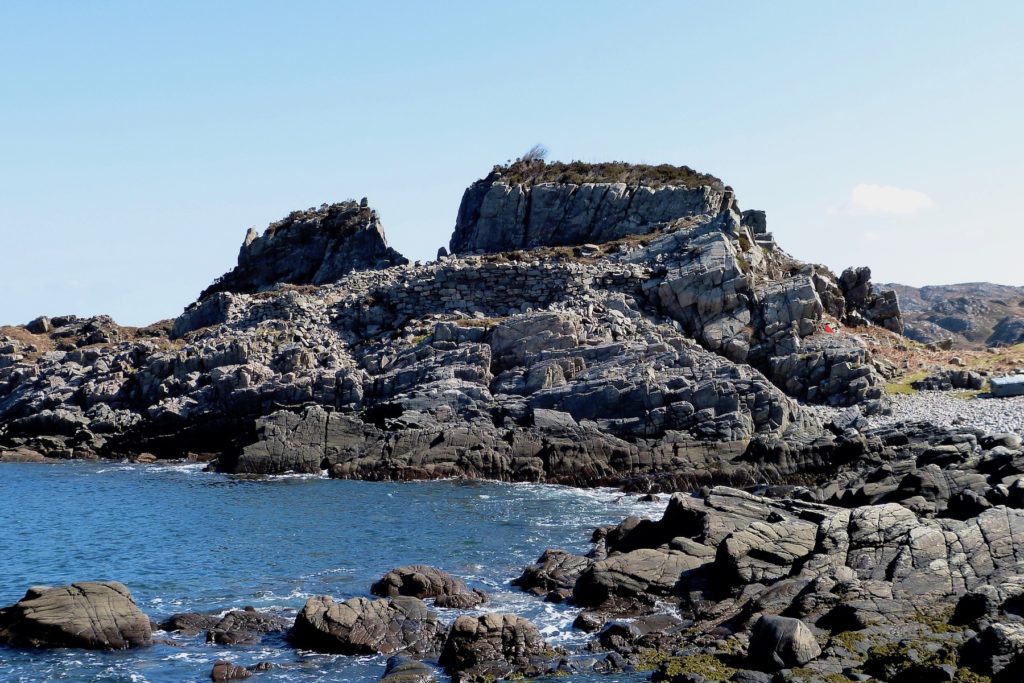 Dun are small fortifications, usually on a hilltop location, of which there are several on Ardnamurchan. The majority are located on coastlines but there are some exceptions, such as the dun to the south of Swordle. The dun shown above is one of the most impressive, at Rubha na h-Uamha, between Ockle and Eilagadale.